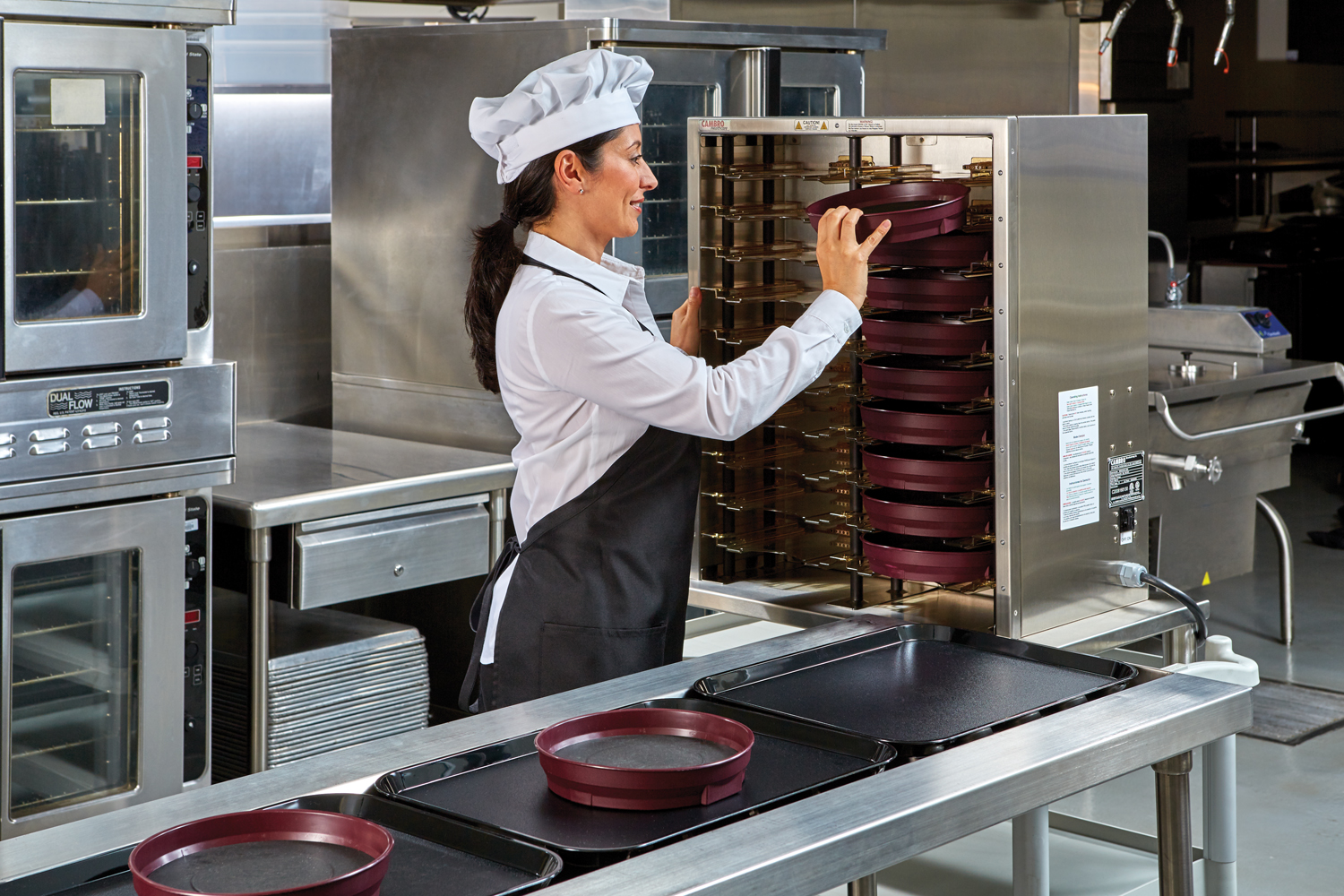 FEM launches clever variation of heated pellet system Maintaining the quality of the food served to patients on the wards is an ongoing issue for hospital caterers.  Now FEM has launched Camduction, a new idea from USA manufacturer Cambro.  It’s a clever variation of the heated pellet system that offers speed, enhanced staff safety and an eminently practical solution for hot tray line operations. The Camduction complete heat system uses a charging station that can heat up 20 pellets at...

Mark Hogan joins the FEM board

New commercial director has a broad role in addition to the marketing function FEM has appointed Mark Hogan as a director of the company, with immediate effect.  Mark has been marketing and sales manager for several years and now becomes commercial director. “Over recent years Mark’s role and responsibility has expanded and he has become a very valuable member of the management team,” says Jim Doherty, sales director at FEM. “While he will remain responsible for the marketing function, his...

Mark Gallacher takes over from long-serving John Henderson FEM’s new financial controller is an award-winning, marathon-running blogger.  However, Mark Gallacher is also a highly experienced financial manager who was part of the team at Argent Energy Group during its growth from a £20m to a £164m turnover company. For the last few weeks he’s been working alongside FEM’s current financial controller, John Henderson, who is retiring after 20 years with the company.

FEM’s latest Hamilton Beach blender whizzes up 2 litre summer cocktails fast FEM’s latest Hamilton Beach Commercial blender, the HBH755-UK Eclipse, is perfect for operators looking to keep up with the demand for pitchers of fruity summer cocktails. It’s efficient, programmable and, unlike most blenders, quiet. Plus, it features a 2-litre container making it the perfect solution when the summer cocktail orders are coming in thick and fast. The HBH755-UK Eclipse keeps the cocktails as smooth as the operation, thanks...

Keeping the lid on self-serve hygiene and mess

New and improved Vollrath LidSaver 2 dispensers from FEM Foodservice operations are careful about hygiene, but self-serve areas are often left untended for long periods. Drink lids are notoriously difficult to dispense causing mess, poor hygiene and waste. Customers often hunt through stacks of lids to find one that no-one else has touched, in turn coming into contact with several lids they don’t plan to use – the rest end up on the ground or across the counter.