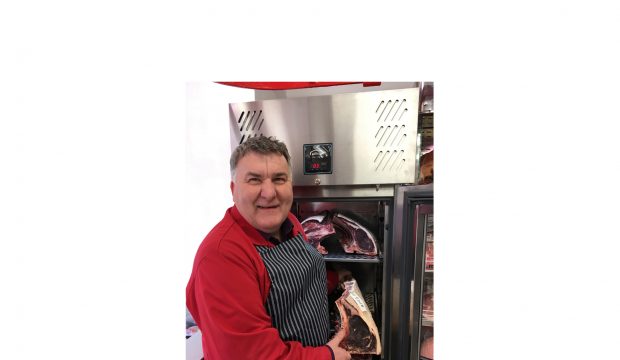 When you develop a new product you want a top expert to test it.  That’s why, although Williams designed its Meat Ageing Refrigerator primarily for the foodservice sector, the company asked Arthur Howell to test it.  He’s in foodservice alright, but he also happens to be an award-winning butcher – so who better to judge how good the equipment is, and how good the meat is after it’s been aged?

The Howells family first opened a butcher’s shop in the North Norfolk town of Wells-next-the-Sea in 1889.  Not surprisingly, the family believes strongly in traditional methods, provided they deliver the quality their customers expect.  On the other hand, Arthur Howell and his family are not ones to rest on their laurels – over the past years they’ve opened up a bakery, deli, fish monger and, in the neighbouring village of Binham, a smokehouse.

Arthur has always been keen on meat ageing and when Williams Refrigeration launched a meat ageing cabinet he was keen to try it out.  “Dry meat ageing is a centuries-old method and the reason it’s back in fashion is all about quality,” he says.  “The process delivers more flavour and tenderises the meat.  Having said that, it’s also about theatre – if you want to stand out you need to be different and the more you display, the more you sell.”

Meat ageing is a big trend in restaurants and hotels, especially for displaying front of house.  The Williams Meat Ageing Cabinet is a very attractive display unit.  The full length glass door and internal display lights ensure the meat is eye catching, while the solid, stainless steel construction looks great and is easy to keep clean and smart.   The Pink Himalayan Rock Salt Williams supplies with the cabinet adds a touch of the exotic, as well as helping the meat ageing process. Arthur says, “It’s a real conversation starter.  People will ask about the darkness of the meat, and they’ll say things like, “Dry aged meat – wow!  That’s different.”  There’s no doubt it’s had a positive impact on business.”

The cabinet comes with either a hanging rail or shelves.  “We prefer shelves – we have four and the meat looks very good, and there’s plenty of space.”

So it looks good, but how about the results?  “We’ll keep the meat for 4-6 weeks and all the joints are expensive cuts of meat – mainly sirloins and ribs.  So we need to be confident that the cabinet will look after it!  And it does: all the meat ages really well.  As the meat loses moisture it shrinks a little – over four weeks in the Williams cabinet we’re losing less than 10%.  Also, with dry aged meat there can be an issue with mould.  We’ve had none of that with the Williams cabinet.  I can’t fault it!”

Staff like the Williams cabinet, too.  “It’s easy on the eye and it’s easy to look after and clean,” says Arthur.  He also likes the solid, robust construction, “The door is nice and heavy,” he says.  The Howells have Williams products in other shops, including a Multideck in the deli and a freezer in the bakery.  “Another plus with Williams is that it’s easy to get service and to get hold of spares,” says Arthur.

The Williams Meat Ageing Cabinet is designed to hold meat in ideal conditions, so it operates at a temperature of 1-6°C and controls relative humidity at 60-90%.  The refrigeration system’s CoolSmart controller ensures it always operates safely and as energy efficiently as possible, by only switching the system on when its required – so during quiet periods, such as overnight, power consumption is minimal.  It’s also available in a wide range of colours and textures, thanks to Williams’ Chameleon vinyl wrap service, to match a site’s décor.

“People like theatre, things that stand out and are different.  The Williams Meat Ageing cabinet certainly delivers.  It looks great and it looks after the meat really well,” says Arthur.