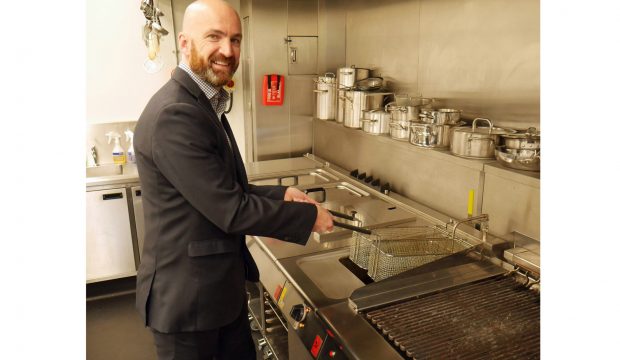 “We love it,” says charity as British manufacturer chips in to Hospitality Action’s campaign

Hospitality Action’s Invisible Chips campaign is getting a boost from one of the industry’s best known companies, Falcon Foodservice – the British manufacturer has pledged to make a donation to the campaign for every fryer it sells over the next year.

The donation will deliver a timely shot in the arm for the charity.  Nicola Phillips of Hospitality Action says, “We are so delighted to have Falcon Foodservice Equipment involved with our Invisible Chips Campaign. They are the first equipment manufacturer to get on board and making a donation with every fryer they sell is a fantastic way to support our industry.  They have adapted the campaign concept around their business, and we love it!”

The Invisible Chips campaign is all about raising money to support people working in hospitality, whose livelihoods are disappearing as a result of the pandemic.  “So many people in the hospitality industry have suffered in the past year,” says Peter McAllister, managing director of Falcon. “The Invisible Chips campaign is not just a clever idea, it’s also raising vital funds that will make a real difference.  That thinking is very close to the hearts of every one of us here at Falcon.  We’re delighted to be chipping in!”

The support for Hospitality Action follows on from Falcon working with another charity, the Burnt Chef project, and donating £1,000 as a result of the charity’s involvement in a recent Falcon Wednesday Webinar.    Burnt Chef was setup to eradicate mental health stigma within hospitality.

Falcon’s support for the Invisible Chips campaign started on April 12th, as lockdown easing continued and hospitality businesses started opening up in England.  The company will carry on making donations for each fryer it sells until April 12th 2022.  Portions of Invisible Chips are also available to buy directly from Falcon’s website and online store.

For more information on the Invisible Chips campaign visit invisiblechips.org.uk