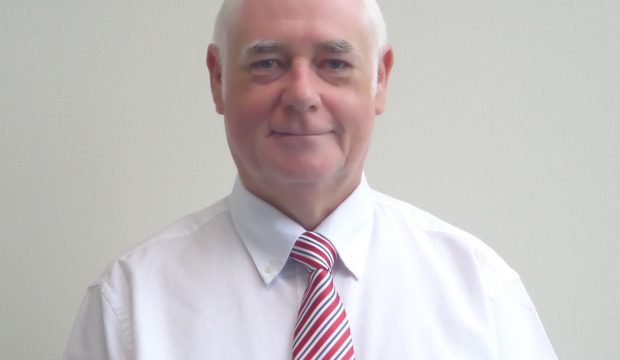 Falcon Foodservice Equipment is sad to announce the death of its former sales director Colin Nevitt, who passed away earlier this month aged 66.

Colin’s career at Falcon spanned over thirty years, and several owners including Glynwed, Aga, and most recently the Ali Group, until his retirement in January 2019.

Colin had entered the foodservice industry in the mid-1980s, when he joined Gardiner Wilkinson, who were then a prominent distributor in the market. As we have now come to know, Colin’s sales talents soon showed themselves and he was immediately successful as an area manager, working with dealers and end users in his own inimitable style.

The start of Colin’s Falcon career came in July 1985. Working under Sales Director John Unwin, he joined the Falcon team as the areas sales manager for London and the South East. He quickly made an impression, and was soon promoted to the newly created position of national accounts manager.  The first contract he won was with Bass (now Mitchells and Butlers), an account Falcon still holds to this day. He was also equally successful in engaging with contract caterers and foodservice consultants, bringing Falcon new market opportunities and sales growth.

Colin’s proven sales abilities have always been held in high regard, and his achievements saw him once again promoted as Falcon’s National Sales Manager in 1991. It was of course also a natural succession for Colin to then step in to the role of Falcon Sales Director when John Unwin retired in 1996.  Colin successfully led Falcon’s sales and business development team for almost twenty years.  He remained the Falcon figurehead for the launch of many new products, as well as being Falcon’s ambassador at many of the industry exhibitions, and representing the company through the trade and professional associations.

More latterly Colin’s extensive knowledge and expertise had been focussed on further expanding Falcon’s mainstay public sector business. His continued hard work, acumen and ‘sleeves rolled up’ approach once again brought Falcon success through its wholesale partners as well as public sector organisations such as the MoD and HMP.

Colin will always be remembered as pivotal to developing Falcon’s long term commercial contract solution for the prison service catering equipment and maintenance. This contract was secured by Colin some twelve years ago, and is still held by Falcon today.

Tim Smith, CEO of The AFE Group of companies, of which Falcon is a part, commented, “Colin was known by us all for his immaculate dress code, his honest values, and a professional and no-nonsense approach. He had a command and presence about him that marked him out in our industry. Most importantly however, for Falcon and its customers alike, he was the man who we could always rely on to get the job done. He was a hardworking and hugely respected colleague, and passionate about Falcon’s success. We had celebrated Colin’s recent retirement with many industry friends and were also delighted that he was able to join us for Falcon’s 200 year anniversary. It is such a tragedy that his retirement, and time to spend with his family, has been so short.”

Peter McAllister, Falcon’s managing director, added, “Colin has left a fantastic legacy at Falcon through his hard work, professionalism and personality. We look forward to building upon the foundations he built in the months and years to come.”

Lawrence Hughes, sales director at Falcon Foodservice, said, “On my appointment as Sales Director in 2011 Colin became something of a mentor for me, a relationship that grew.  He is an industry legend for certain, but much more a friend to those who knew him best, always there with a wise word and thoughtful direction. A true gentleman who will be so missed so much by myself, Falcon and all who had the pleasure of knowing him.”