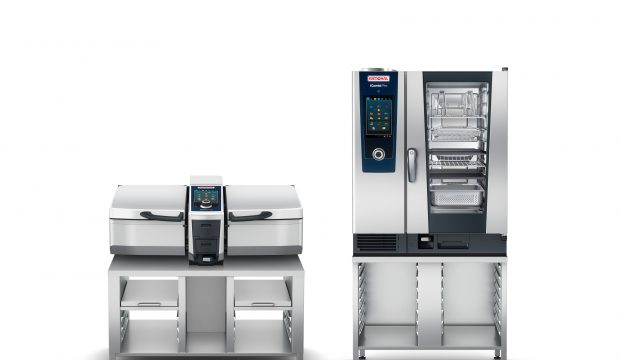 Top tomorrow: four teams of young chefs battle for the Cooking for the Future crown

Who are the best up and coming chefs in the UK?  Four teams, each of two chefs, will battle it out in the Rational and Craft Guild of Chefs Cooking for the Future final, to be held on February 15th 2022.  So far the competition has seen regional teams compete for their place in the final by putting together recipes and a video, which were judged by a panel from Rational and the Craft Guild.  All the entrants are college students on full or part time catering courses.  The final, at Rational’s training centre in Luton, will see the four regional winners cooking live under the watchful eye of the five judges, all expert chefs.  The teams will have to prepare a two-course meal for six people, aimed at the events market, using Rational’s latest multifunctional cooking systems.  They’ll have two hours to complete their tasks, and they’ll be using boxes of mystery ingredients, all British, provided by Rational.

Steve Munkley, vice president of the Craft Guild of Chefs, is one of the judges.  “These young chefs have grown up with intelligent technology, they understand its potential,” he says.  “This competition is all about embracing and celebrating the latest cooking systems, showing how the next generation of chefs are exploiting the technology to enhance their cooking.”

An exciting package of prizes is up for grabs for the winning team, including a fabulous Michelin Star experience, at a restaurant in their region.  In addition, the winners’ college will get the latest in advanced kitchen technology in the shape of a Rational iVario multifunctional cooking system.  Meanwhile all finalists will receive an embroidered Rational chef’s jacket, a Rational knife set and a year’s membership to the Craft Guild of Chefs.

“We’re delighted to support the chefs of the future through this competition,” says Thomas Bentham, Rational’s Regional Corporate Chef, who is leading the project for the company.  “It’s truly inspiring to see how these young chefs are showcasing their culinary skills using the latest intelligent cooking systems.”

The four teams in the final are: City of Glasgow College, Lincoln College, North Herts College, and Bridgend College.

Bentham says, “The four regional winning teams have shown real skill and talent.  Good luck to them all – I’m looking forward to an exhilarating final!”