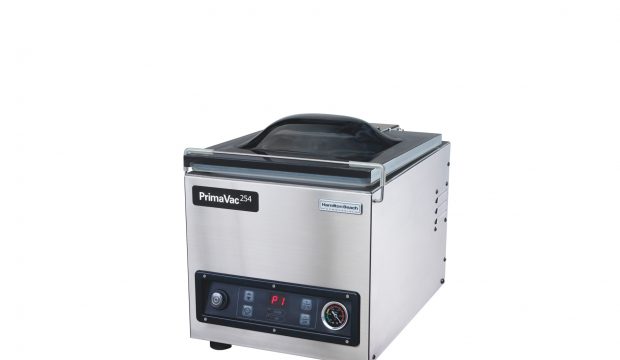 FEM is the UK and Ireland distributor for several of the top foodservice brands that will be exhibiting at Host Milan.  Many will launch new products – including USA manufacturer Hamilton Beach Commercial, who will launch PrimaVac vacuum packers, and Italian manufacturer Sirman, who will show its latest pizza oven, the Lipari.

Other FEM brands to look out for at Host include Alto Shaam, Pujadas, Prince Castle, Cambro and San Jamar.

Hamilton Beach Commercial’s PrimaVac 254 is typical of the new vacuum packer range.  It has a 254mm sealing bar and its JetAire vacuum pump can extract 99% of the air from the pouch – ensuring that food is kept in the best possible condition.  Key features include ten custom programmes, allowing users to set their desired vacuum and sealing times for various applications, a removable filler plate that allows room for bulkier food items to be vacuum packed, and a clear lid so that the vacuuming process can be viewed.  Hamilton Beach is in Hall 5, stand F11.

Sirman’s new Lipari is the largest model in its pizza oven range, capable of cooking up to eight 12” pizzas simultaneously.  The machine is constructed from stainless steel and has both an aluminium-plated cooking chamber and a stone baking deck to gives the pizza the authentic texture and taste.  A panoramic glass door means that pizzas can be monitored without letting valuable heat out.  Sirman can be found in Hall 3, stand A43.

FEM representatives will be on hand during the Host show to discuss the latest product launches from all its suppliers.