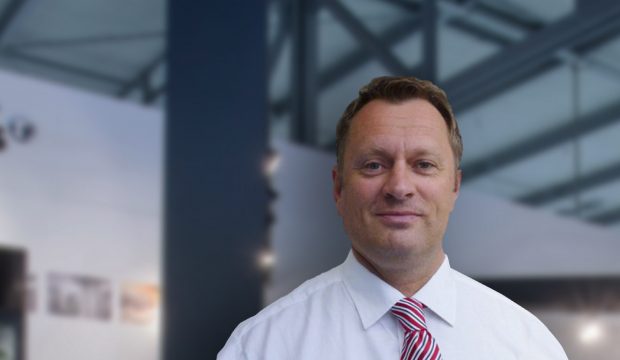 Robert Purves is joining Williams Refrigeration as the company’s international sales manager.  Looking after both Williams and sister company Falcon Foodservice Equipment, he’ll be responsible for export sales, with a remit to focus on the Middle East and Europe.

“It’s a privilege to represent two British manufacturers who have great reputations for quality and innovation in product development,” he says.  Williams Refrigeration is a global company with international operations in the Middle East, China, France and Australia.  “Export markets are ever more important for us as we look to further expand our business,” he adds.  “Williams is a premium brand on the international stage, recognised the world over.”

Robert will liaise closely with all Williams international companies and is particularly looking forward to working with the Williams Dubai office.  “The team there are so well respected,” he says.  “We’ve had an office in Dubai that has consistently supported the foodservice industry in the region over a long period of time.  It has stayed operating even through the current Covid-19 crisis, maintaining local stock to ensure customers weren’t let down.”

Tim Smith is chief executive officer of AFE Group, which owns Williams and Falcon.   “We’re delighted that Robert has taken on this new role,” he says.  “He has exceptional knowledge and experience of AFE’s cooking and refrigeration products.  He’s the ideal choice to work with our international operations to expand our export business and capture more of the post-Brexit market opportunities in Europe, the Middle East and elsewhere.”

When he’s not travelling abroad Robert will be based in Cheshire, allowing him good access to both the Williams and Falcon factories, in King’s Lynn and Stirling respectively.  Outside of work he’s a sports fan, especially rugby union, and he’s followed Manchester United since moving to the North West in 1997. Although a Scot, he enjoys and even appreciates Test cricket.

Meanwhile Williams’ current head of international sales, Gerry Coffey, is retiring after 20 years leading the export team.  He’ll work with Robert over the coming weeks to ensure a smooth hand over.  “Gerry joined Williams in 2001 and has played a key role in establishing our Dubai office and making Williams one of the most successful UK manufacturer teams in the Gulf region,” says Smith.  “I want to thank him personally for the huge contribution he’s made and for the support he has given me, and his colleagues, throughout the past two decades.  We all wish him the very best for his retirement.”