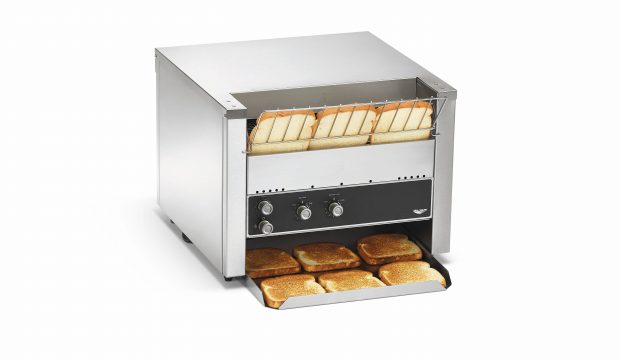 New toasters suitable for a variety of applications

The new models are capable of toasting large quantities of bread in a fast and consistent manner, making them ideal for breakfast services in hotels or other situations. The models available are the JT2 and JT3, which can handle two or three slices simultaneously with a maximum output of up to 540 and 700 slices an hour respectively.

Each unit incorporates energy efficient, fast acting quartz heaters and forced convection with a variable speed control to give the required level of toasting. Both top and bottom sides can be set independently for even greater control over results.

They also feature a standby mode that reduces power consumption by up to 75% when not in use, but which allows the toaster to get back up to operational temperature quickly.

The three slice units are recommended for high volume applications, while the two slice units are ideal for both low volume and self-serve applications. Both are constructed with hard wearing, easy to maintain stainless steel allowing them to keep pace with the busiest working environments.

“These toasters are simple to use but their configurability makes them a powerful addition to a range of foodservice styles and businesses,” says Mark Hogan, commercial director of FEM.