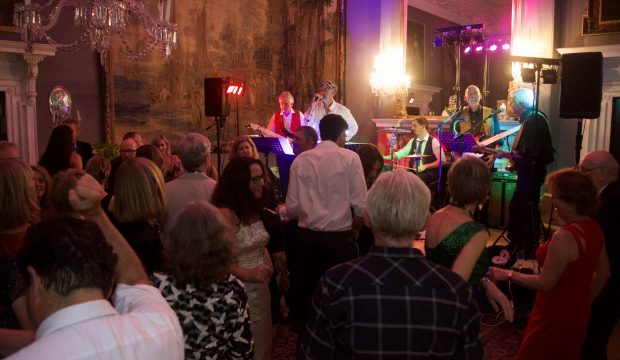 Not going to Latitude?  The Aylsham Party features classical and rock music, plus a tasty buffet

One of North Norfolk’s favourite band of rockers, the Spice Gits, will top a top evening at Aylsham Town Hall on July 14.  The Aylsham Party is in aid of Hospice Ethiopia, the charity that not only looks after hundreds of desperate people but also trains medics and is a centre of excellence for palliative care in Africa.  The party includes classical music from the North Norfolk Ensemble and a buffet meal using locally sourced produce.

Sue Mumford is chair of Hospice Ethiopia UK, the Norfolk-based charity. “It will be a super night, with a fabulous buffet meal, a bar, and lots of entertainment, including a great Norfolk band, the Spice Gits, who are sure to get everyone up on the dance floor,” she says.

“Events like the Aylsham Party are a vital part of Hospice Ethiopia UK’s fund raising. The fact that so many local people help us with donations of food and services to make the evening a success is a huge bonus – it means we can keep ticket prices low, attract lots of people and make as much money for Hospice Ethiopia as possible.”

Sue is also a nurse at Priscilla Bacon Lodge, which first got involved with the charity by sending out specialists to train Hospice Ethiopia’s staff in palliative care (care of the dying).  “It became clear that the charity desperately needed funding.  It gets no money from the Ethiopian government and grants from other charities were getting increasingly harder to source. Hospice Ethiopia is bringing hope to hundreds of desperate people. But even more important, is has become a centre of excellence in Ethiopia and trains hundreds of people to deliver care – so its work is reaching thousands.”